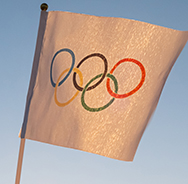 Comcast’s and Google’s earnings calls last week mark two converging trends in brand advertising and the decline of linear TV. NBC is haggling with advertisers of the Olympics because ratings are down – 42% down – at the halfway point, Bloomberg reports. On the one hand, NBC was dealt a crappy hand with an off-year, plague-ridden event. But the Olympics’ ratings decline track with cable TV overall since 2016, writes Ben Thompson at Stratechery. And on the flip side of the equation is YouTube, which had an absolutely monster quarter (year, really) and is starting to make serious headway into the pot of national brand advertising typically reserved for TV. Philipp Schindler, Google’s chief business officer, told investors that more than 120 million people watched YouTube on a smart TV in Q2 2021, up from 100 million a year ago. And he said that 70% of YouTube’s reach was delivered to a viewer who could not be reached by linear TV advertising alone, per Nielsen’s ratings. “Sports may still be the linchpin of brand advertising, but that pin sure feels like it is about to pop,” writes Stratechery.

The pandemic was an opportunity for machine learning, since hospitals needed medical data services to help process cases. It was … not a strong tryout. The digital marketing ecosystem isn’t the same as medical data solutions, but the challenges and missteps hit home. For instance, algorithms that are trained and tested on the same data set are prone to glaring errors and over-reported accuracy, according to the MIT Technology Review. Some researchers used chest scan data for non-COVID patients, but they were children’s scans. The algorithm learned to identify kids instead of COVID-free patients. Some scans were taken lying down, others standing up, often because many COVID patients couldn’t stand. The data-crunching tech learned to assign COVID severity based on orientation of the scan, not the scan itself. Algorithms also identified particular fonts used by hospitals with severe outbreaks, and used those fonts as predictors of COVID.

Amazon, Facebook, Google and Snap all released powerhouse Q2 earnings. The stellar quarter was due in part to the platforms jacking up ad prices, for a few reasons, Business Insider reports. The average price per ad on Facebook, for instance, rose 47% year-over-year, thanks in large part to Apple’s recent App Tracking Transparency privacy changes that cause “ad targeting headwinds.” (CPMs were up 89% YoY, according to Measured.) And those prices are going to keep going up when Facebook feels the full impact of Apple’s changes beginning in Q3. Snap’s prices, meanwhile, rose 64% YoY, and the platform said its ad revenue could also take a hit as a result of ATT. Some of the pricing, of course, has to do with increased demand for digital video and streaming, as well as the rise of ecommerce during the pandemic. The cost of CPCs at Amazon, for instance, jumped 20%, while the average CPM for beauty and retail went from $3.60 to $8.60. CPMs at Google and YouTube? Fuggedaboutit! YouTube skyrocketed 108% YoY, while Google’s programmatic CPMs rose 198%.

The Biden administration is turning to influencers to encourage people to get vaccinated. [NYT]

Twitter’s Audience Index is now on the MoPub exchange. [release]

The ASA is calling on advertisers to use better ad targeting tools to reduce children’s exposure to inappropriate ads. [iGB]