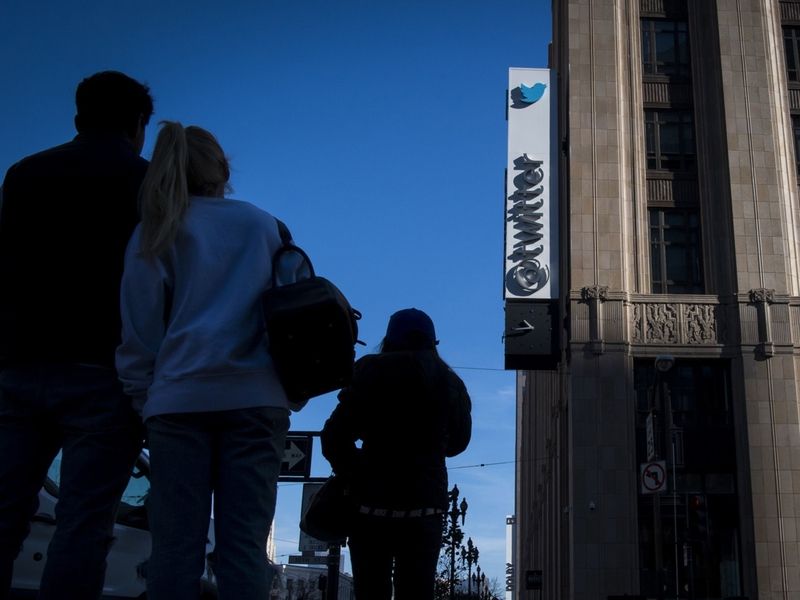 Those peers set the bar high for Twitter, leading to disappointment in the results, said Mandeep Singh, an analyst at Bloomberg Intelligence. “It goes to show that probably Google and Facebook had more exposure to e-commerce advertising than Twitter,” he said.

Twitter also reported that daily active users increased 20% to 199 million, adding 7 million since the previous quarter. The company in February estimated year-over-year growth would be 20% in the March quarter, which was the first period since former U.S. President Donald Trump was banned from the service. Trump was kicked off Twitter on Jan. 6 for repeated violations of the company’s rules, and some analysts were concerned that the former president’s absence might hurt the business.

Revenue was $1.04 billion in the three months ended March 31, matching analysts’ average estimate. Net income was $68 million, or 8 cents a share, from a loss of $8.4 million, or 1 cent, in the quarter a year earlier.

Twitter has been at the center of public discussion for much of the year, in part because of its ban of Trump and the scrutiny from Congress over its role with other social media sites in policing user speech. The company is also working on several new products, including audio chatrooms to compete with the popular startup Clubhouse, which could lead to more future revenue.

User growth will begin to slow down in the coming quarters as Twitter compares itself with last year’s boom driven by the global pandemic and a contentious U.S. election. The company expects to increase users in “low double digits” percentages for the rest of 2021, according to Twitter’s shareholder letter. Those projections were previously announced in February.

The pandemic hasn’t slowed Twitter’s hiring. The company now has 6,100 total employees, up 20% from a year ago. The surge in new employees has also increased the company’s stock-based compensation costs. Twitter increased its 2021 estimate for stock-based compensation to $600 million from a range of $525 million to $575 million previously reported.

Although the company is building subscription products to complement its advertising business, it didn’t mention any new plans or details in Thursday’s shareholder letter.