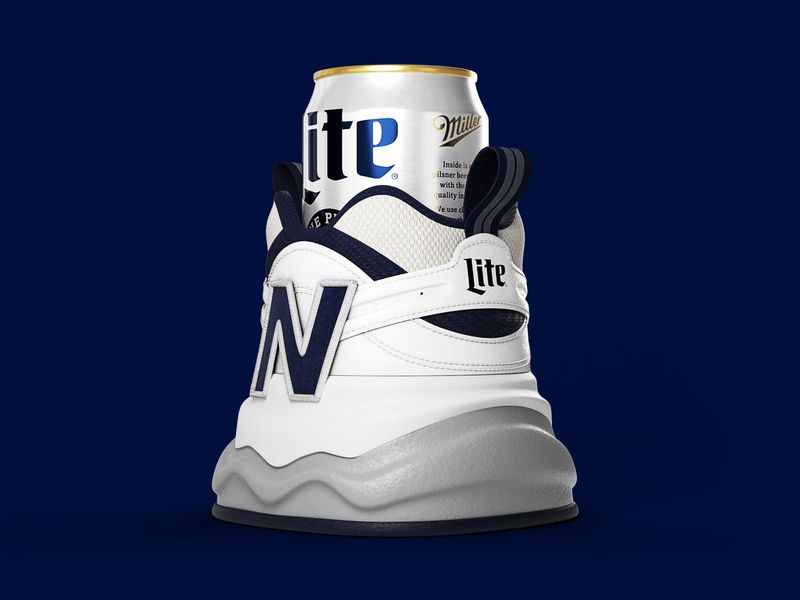 “We were tasked with announcing a celebrity partnership in a world that, these days, is fairly celebrity-obsessed,” explains Greg Almeida, founder and ECD at Colossus. “So we thought it would be interesting to tell a story that was the antithesis of the typical narrative: How exasperating it would be if this super-famous person just never left you alone.”

Based out of New York, DeGuardi has been with Giant Spoon for two and a half years, leading both of the agency’s New York and L.A. offices as managing director. DeGuardi will continue to be involved in client work for some of the agency’s top clients, including HP, Vistaprint and Petco. Prior to joining Giant Spoon, DeGuardi previously led marketing efforts at Crunch Fitness for nearly a decade, and has over 20 years of experience in marketing leadership across a breadth of categories.

Malhorta takes on her new role after just over a year with the agency. In partnership with DeGuardi, she will manage the operational structure of the agency, including advising on business health and performance, while also overseeing finance, real estate, technology, business operations and legal functions. Previously, she has held financial roles at BBH, CBX, Deep Focus and [email protected]

“As an agency, we’re leveling up to become even more competitive in the new way we work,” Trevor Guthrie, co-founder of Giant Spoon said in a statement. “Part of that push is ensuring we have the right infrastructure in place with top talent leading the agency. No two people are better equipped to continue to have a positive impact on our people, our clients and our work.”

The announcement comes as Giant Spoon has signed 25 new clients and projects in the past 18 months, and has seen positive revenue growth, with 35% of 2020’s revenue coming from new client work.

Publicis Next leader moves on

Jose Molina, who led the launch of Publicis Next Mexico, the holding company’s innovation agency focused on the Latin America region and Iberia, is moving on from his role as managing director to a VP role for Latin American crypto exchange company Bitso. In his new role, Molina will lead the company’s creative lab, focused on re-imagining potential product offerings such as a crypto card, while also leading creative for the business globally.

“I have only good things to say about Publicis, I have a great relationship with them and am pretty sure I will be collaborating with them in the future,” Molina told Ad Age. “What really interested me from a creative standpoint was the challenge of ‘How do we make crypto a story that everyone can understand.”

Bitso, which has a decentralized workforce of 320 employees, processed more than $1.2 billion in international payments—including remittances and payments between companies—during 2020 alone, and surpassed 2 million users according to an article by TechCrunch. Bitso will be focused on expanding its footprint in Latin America.

Molina will continue to collaborate with Publicis across projects in Iberia.

The upside of ‘Uh Ohs’

Maaco, the North American body shop with more than 400 franchises across the U.S. and Canada has teamed up with its creative agency partner Mythic to launch a national integrated advertising campaign, “The Upside of Uh-Ohs.” The campaign kicks off with a musically driven TV spot, directed by Grammy award-winner Joseph Kahn, that refreshes the iconic brand tagline, “Uh-Oh, better Get Maaco,” and emphasizes Maaco’s reliability no matter what a person’s vehicle goes through.

The TV commercial will run in 30- and 15-second formats on national and cable networks, with a long-form version on digital and social channels. The campaign will also incorporate national radio, print, social media and digital advertising.

Along with Kahn the agency teamed up with production company Supply & Demand, DuoTone Audio Group and ODD for post-production.

Kona Beer is teaming up with its creative agency of record Duncan Channon for it’s first campaign involving celebrity talent, which features 11-time world champion surfer Kelly Slater and its “Bruddahs” spokesmen. The 2021 campaign represents the largest investment in new creative and media spend in the brand’s history—a 66% increase in spend relative to its 2019 national March Madness campaign. The three new TV spots, which are timed around the debut of surfing as a competitive category in the 2021 Summer Games, feature playful banter between Slater and Kona’s bruddahs.