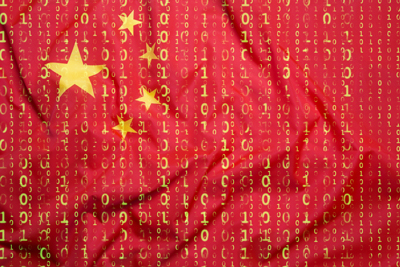 One of the companies that created the technical specifications for the China Advertising ID (CAID) was acquired last month by Chinese mobile ad tech company Mobvista.

One can think of Reyun, which helped developed the code for CAID on behalf of the state-backed China Advertising Association (and whose name in Chinese – 热云数据 – roughly translates to “Hot Cloud Data”), as the equivalent of third-party mobile measurement firm Adjust, but specifically focused on the China market.

Adjust was itself recently acquired by AppLovin in a deal worth $1 billion. Mobvista snagged the Beijing-based Reyun for 1.5 billion RMB, or just more than $233 million. It’s planning to use Reyun’s mobile measurement tech to help developers outside of China grow their apps in the massive China market.

As a refresher, CAID is a stand-in for the IDFA that was designed to circumvent Apple’s AppTrackingTransparency framework on iOS 14.

The technology gathers a bunch of different non-distributed metadata, aka data that lives on a device (country, time zone, language, device name, physical memory, etc.) and assembles it to generate an ID that isn’t deterministic but is adequate enough to be used for ad measurement.

If that sounds like fingerprinting, that’s because it pretty much is. And Apple’s ATT privacy framework explicitly prohibits fingerprinting.

The FT broke the news of CAID’s existence in March. Although Apple didn’t comment on CAID specifically, it did say in a statement that “the App Store terms and guidelines apply equally to all developers around the world” and “apps that are found the disregard the user’s choice will be rejected.”

Although some developers and even advertisers had started testing CAID as of March – including P&G, TikTok parent company ByteDance and Tencent – anyone using CAID as a replacement for the IDFA is in for a rude awakening, said Clement Cau, CEO and co-founder of Mobvista.

“If you use CAID SDK data and Apple sees, you’ll receive an email from Apple and be removed from the App Store,” he said.

The same is true of any related technology. And yet some companies seem to have an appetite for risk. Although no one will say publicly that it’s tracking users across different applications on the server side, it’s happening, Cau said.

“Companies have their own solutions, but this kind of calculated server-side technology cannot be used in the long term,” he said. “Everyone, including every big platform, including us, are only able to optimize based on the aggregated data that comes from SKAdNetwork postbacks.”

Mobvista’s rationale for acquiring the company, Cau said, is to help make the Chinese market more accessible to overseas developers that aren’t familiar with its idiosyncrasies.

“It’s a very different mobile ecosystem in China, but it’s one of the most important markets,” he said. “And if developers want to be successful in China, they need a localized solution.”

Story updated to reflect that multiple companies were involved in developing the CAID spec.