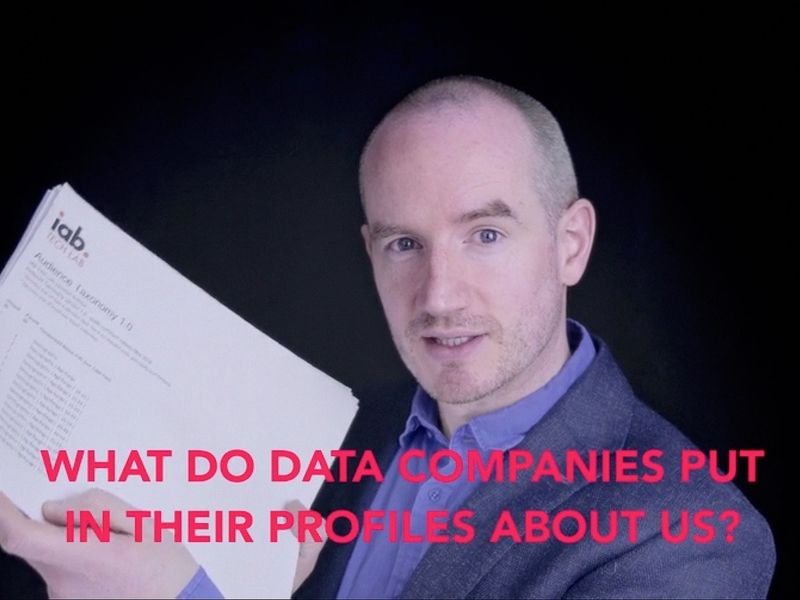 This case comes as the internet ad industry is under increasing pressure over practices like sharing data and tracking internet users. U.S. regulators and lawmakers are investigating the same processes, which are common among the internet giants like Google and Facebook. The issue has gained even more prominence this year as Apple cracked down on tracking internet users on web browsers and devices, and it restrained marketers from accessing data without the consent of users. Apple’s latest iPhone software, for instance, has become a major obstacle to advertising technology companies and groups like IAB. The whole industry is trying to develop new workarounds that keep the data flowing, while also acknowledging a need for privacy and transparency. However, even those fixes, like reliance’s on new types of internet tracking identifiers, which IAB has been helping to develop, face an uphill battle with privacy watch dogs.

The suit, filed in Hamburg District Court in Germany by Johnny Ryan, senior fellow at the Irish Council of Civil Liberties, names Xandr as a defendant for providing the advertising exchange, the IAB for creating the rules and standards used in real-time bidding, and the German website OnlineMarketing.de for not giving users enough awareness or choices on how their data is used.

Real-time bidding is just one part of the data transferred in the “bidstream,” where user data like browsing history, identifiers, device information, location and demographics, is sent along to advertisers in the hopes of serving up more targeted advertisements.

The Irish Council of Civil Liberties says it named the IAB Tech Lab as a defendant because the entity sets the rules that govern big tech entities like Google and Facebook. A spokesperson for the IAB Tech Lab says it has not been served with any documents in the case, and that it will review the allegations and respond in due course.

Xandr has not yet responded to a request for comment.

Ryan was previously chief policy and industry relations officer at the Brave web browser and worked in the past for the broadsheet newspaper The Irish Times.