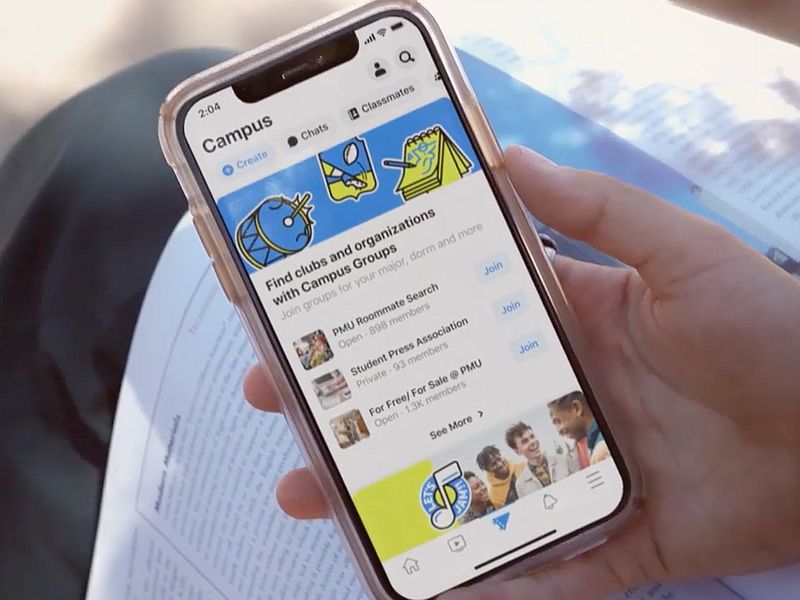 It’s been a well-known sore point for Facebook that it does not generate the same enthusiasm among 13- to 24-year-olds as its rivals. TikTok, the Chinese-owned social video app, is one of the fastest-growing platforms of all time. Sandberg said that, by Facebook’s estimation, the app has already topped 1 billion users worldwide.

TikTok says it has 100 million monthly active users in the U.S. Facebook apps, including Instagram, WhatsApp and Messenger, reach 3.14 billion users a month.

Facebook is still the dominant social network, but there are signs that it has lost its cool factor among teens. Last month, a report from Sprout Social, a social media analytics firm, said Facebook usage among teens has “dropped in favor of YouTube, Instagram and Snapchat.”

Last year, a Pew Research report said that Facebook “no longer dominates the teen social media landscape as it once did.” Pew found that 51 percent of U.S. 13- to-17-year-olds use Facebook, down from 71 percent in 2015.

Campus could offer a new reason for, at least, the college set to keep checking in on the platform. The exclusivity—needing a college email to enter—was one of the factors that made Facebook attractive in its early days, after it was co-founded in CEO Mark Zuckerberg’s dorm room.

Campus rolled out on Thursday to a select group of colleges and universities, before it opens to more schools.

The Campus section is within the Facebook main app and directs participants to a News Feed customized for the specific college the user attends. Students are granted access only to the happenings on their campuses, not a hodgepodge of content from all colleges.

There is also a campus directory, which is the type of product that motivated Zuckerberg to build Facebook in the first place. When it was still TheFacebook.com, Zuckerberg described the site as “an online directory that connects people through universities and colleges through their social networks there.”