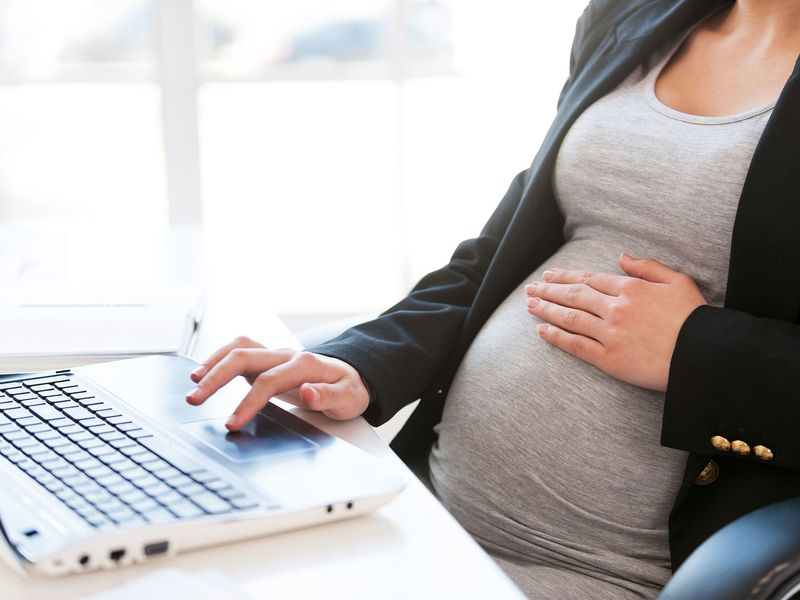 Holmes-Smith is one of a number of senior leaders who say that it’s important not just to have these policies, but to make sure they are clearly communicated and “lived by.”

“Often pregnancy, adoption and fertility policies are hidden and you have to physically ask for them, and people don’t want to ask those questions,” says Paula Cunnington, chief talent officer at Publicis Groupe U.K. “We are making sure that these policies are readily available for everyone so they can make considered choices about where their life journey is going to over the next few years.”

Omnicom’s Adam&Eve/DDB formalized its policies on areas such as menopause, miscarriage and fertility treatment in May; its benefits include a paid-for menopause consultation with a specialist doctor. It’s putting the information out there more clearly “to give people permission without them having to ask,” says Deputy Managing Director Jemima Monies; previously, she says, people might well have been given time off for these things but would have to approach HR.

While many of the policies focus on women’s health, Melissa Robertson, CEO of sports marketing agency Dark Horses, is keen to point out that they don’t just affect women. “When Channel 4 launched their menopause policy this year, I heard people saying  “Isn’t it great, ‘they launched a menopause policy for women,” says Robertson. “That really triggered me, because I don’t think people are understanding the real why. You need a menopause policy not just to recruit women, but to help people understand how they can be helpful in retaining a whole level of women who might otherwise leave the workforce.”

Citing a Bloomberg 2019 report that estimates 900,000 women in the U.K. leave their jobs each year due to menopause symptoms, Robertson has just published what she calls an “open source” menopause policy—one that can be downloaded and used by multiple agencies as well as her own.

Part of that is a detailed document explaining what exactly happens in the menopause and what symptoms it can cause, from the common down to the unusual. Robertson, who is on a mission to explain after suffering from menopausal symptoms herself, says some women have already contacted her, having realized just by reading the document that they are having less commonly discussed issues—like extreme itchiness or experiencing numbness in fingers.

But it’s not only women who need to read it.  “It’s something that everyone of every gender and every level needs to read,” she believes. Next, she wants to address issues around menstruation and problematic periods. “If the average boss is a middle-aged man, it’s still very difficult to bring up that conversation.”

While many of these agencies say they were formulating these policies pre-pandemic, one thing is certain; COVID-19 has accelerated the rate of change as employees have reassessed their working lives and prioritized family issues.

“COVID has been a real watershed for all agencies and their hiring and talent and retention policies,” says Jane Rankin, founder of recruitment firm Jane Rankin Search. “Going back even three years ago, I don’t think it would have crossed a woman’s mind to ask what allowances were made for menopause, for instance, when negotiating salary and package. What I’m observing is that it’s all up for grabs, and senior candidates just now expect that there will be a conversation about flexibility.”

Former agency exec Vonnie Alexander, who now works as a coach and consultant to managers in the industry, agrees that COVID has been the game-changer. “So many of these requests for flexible work used to be turned down, but now there is no reason to do that because we know it can work. The genie can’t go back in the bottle.”

Alexander believes that some managers are also now more aware of supporting people through different stages of their career: “There are times in people’s lives when they need more support, and I’ve heard more enlightened leaders talking about having better, longer-term relationships with employees.”

Publicis’ King says that some of what the agency has done has come as a result of her talking daily with employees during lockdown periods. “We’ve been listening to people so much more as a result of the pandemic,” she says. “It gave people a forum to say what was on their mind. And of course the balancing of personal and work life has come to the fore.”

But while senior female leaders such as King know this approach helps them to retain and hire staff, the end goal is that such benefits should be normalized across the advertising world.  “For us at the moment, it is a competitive advantage,” admits King. “But nothing would make us happier than for this to be adopted by the whole industry.”

Tickets to the 2021 Ad Age Leading Women Conference & Awards
are available at AdAge.com/LeadingWomen.